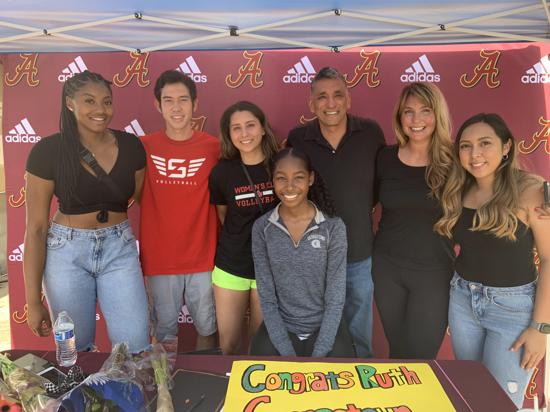 Morgan Wijay is one of the top high school volleyball head coaches in this area.  She is also the club owner and director of Supernova All-Stars Volleyball Club.  Morgan comes from a long line of volleyball players and coaches. Her father was also a volleyball coach and was inducted into the Indiana Coaching Hall of Fame in 2012.  He received "Coach of the Year" six times in the state of Indiana and also owned a well-respected volleyball club, WAVE, for over 20 years. As Morgan walks in her father's footsteps, she also has accomplished great things as a coach. Since coming to Los Angeles, Morgan helped coach Harvard Westlake to win a CIF and a State Championship in 2007.  She then took Sierra Canyon from a start up volleyball program to 2 CIF Finals and was awarded "The Coach of the Year".  Currently she is coaching at Alemany High School, where in her first year she coached her team up to make it to the 2nd round of playoffs. Something the program hasn't done in 10 years.  She has built a powerhouse volleyball program at Alemany and has taken this team to the FINAL FOUR of STATE!  Throughout her career as a coach for high school volleyball and club, she has helped many girls achieve college scholarships.  Morgan has dedicated her life by influencing young athletes in a positive way by teaching them how to communicate and to have and walk with self-respect.